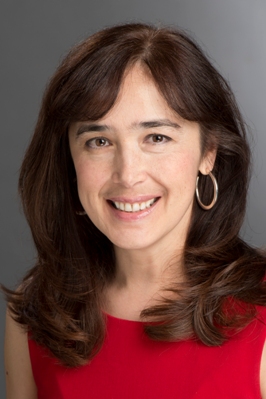 Dr. Elena R. Sommers is a Senior Lecturer in Russian/ Global Literature and a Faculty Associate to the Provost for Non-Tenure Track faculty at RIT. Dr. Sommers came to the US from what was then the Soviet Union, after winning a full academic scholarship to the University of Notre Dame. She holds a Master's degree in International Peace Studies and Conflict Resolution from the University of Notre Dame and an undergraduate degree in English from Moscow Pedagogical University (Russia). She earned her PhD in Comparative Literature from the University of Rochester. Dr. Sommers’ publications appeared in Russian Studies in Literature and Nabokov Studies. She is currently working on her book, Nabokov’s Silent Nomads: Representation of Female Characters in Nabokov’s Fiction. Two other projects are: “Dreaming Through It: Soviet Young Adult Films as Studies of In/Authentic Life” (Brill’s Companion to Soviet Literature and Film) and “The Feminine Mystique of Russia's 'Boost the Birthrate' Campaign,” which analyzes Russian public awareness advertising. José Alaniz, associate professor in the Department of Slavic Languages and Literatures and the Department of Comparative Literature (adjunct) at the University of Washington - Seattle, published his first book, Komiks: Comic Art in Russia (University Press of Mississippi) in 2010. His articles have appeared in the International Journal of Comic Art, the Comics Journal, Ulbandus, Studies in Russian and Soviet Cinema and Kinokultura, as well as the anthologies The Ages of Superman: Essays on the Man of Steel in Changing Times (McFarland, 2012), The Cinema of Alexander Sokurov (I.B. Tauris, 2011) and Russian Children's Literature and Culture (Routledge, 2007). In 2009 he edited a symposium on Czech comics for IJOCA. He is currently the Chair of the Executive Committee of the International Comic Arts Forum (ICAF), the leading comics studies conference in the US. His research interests include Death and Dying, Disability Studies, Film Studies, Eco-criticism and Comics Studies. His current projects include Death, Disability and the Superhero: The Silver Age and Beyond and a history of Czech comics. 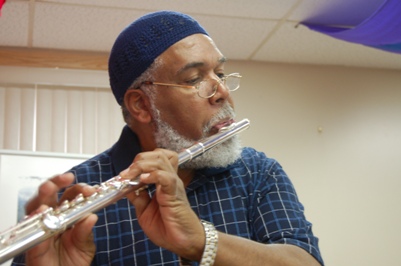 During the course of a career that spans more than 40 years, Carl Atkins has been active as a conductor, composer, woodwind specialist, arts administrator, consultant and musicologist. His experience has covered a broad spectrum of music ranging from European concert music to American music and "Jazz." Among his credits are performances and recordings with such noted organizations and artists as the Boston Symphony Orchestra, the Rochester Philharmonic Orchestra, the Columbus (Ohio) ProMusica, the Boston Musica Viva, the American National Opera Co., the Black Collective of New York, the Smithsonian Jazz Masterworks Orchestra, the John Coltrane Memorial Orchestra, Gunther Schuller, George Russell, David Baker, Bill Evans, Jaki Byard, Teo Macero, Cecil McBee, and Herbie Hancock, among others.

Atkins received the Bachelor of Music from Indiana University, the Master of Music from the New England Conservatory, and the Doctor of Musical Arts from the University of Rochester's Eastman School of Music. He is the former President and Executive Director of the David Hochstein School of Music and Dance (Rochester, NY) and the former President and CEO of the Rochester Philharmonic Orchestra. He has served as a panelist for the National Endowment for the Arts, the New York State Council for the Arts, the Ohio Council for the Arts, and the Connecticut Council for the Arts. From 1987 to 1998, Atkins was a member of the Board of the National Guild of Community Schools of the Arts, serving as Chair of the Board from 1993 to 1998. Dr. Atkins has been a member of the faculties of the New England Conservatory (1969-1978 and 1995-2002); Northeastern University (1969-1975), part-time; Brown University, (1974-1977), adjunct in woodwinds; the University of Rochester and the Eastman School of Music (1978- 1995). From 1995-1999 he was Co-Director, with jazz bass legend Ron Carter, of the Thelonious Monk Institute of Jazz Performance at New England Conservatory and from 1999 – 2002 held the position of Associate Dean for Advanced Studies at the Conservatory. Currently, he is Professor of Music at the Rochester Institute of Technology (Rochester, NY), and Director of the Performing Arts Program. 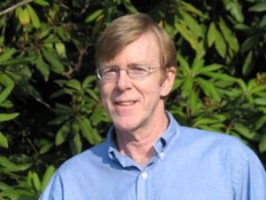 Julian W. Connolly is Professor of Slavic Languages and Literatures at the University of Virginia, where he served as Chair of the Slavic Department from 2001 to 2011. He is the author of Ivan Bunin (1982), Nabokov's Early Fiction: Patterns of Self and Other (1992), The Intimate Stranger: Meetings with the Devil in Nineteenth- Century Russian Literature (2001), and A Reader's Guide to Nabokov's Lolita (2009). He also edited the volumes Nabokov's Invitation to a Beheading: A Course Companion (1997), Nabokov and His Fiction: New Perspectives (1999), and The Cambridge Companion to Nabokov (2005). His most recent book, a reader's guide to Fyodor Dostoevsky's The Brothers Karamazov, will be published in February 2013. 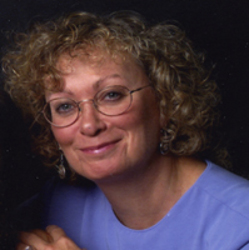 Diane Forbes is Associate Professor of Spanish at RIT. She teaches beginning and intermediate Spanish courses. Her research is on Latin American literature, particularly on modern poetry and the Mexican avantgarde period. She writes on the work of Mexican poet Manuel Maples Arce, and is currently translating his complete poetry. She is also interested in 19th-20th century poetry and short story in English, and translation of literature. 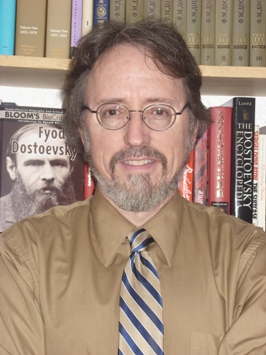 John Givens is Associate Professor of Russian at the University of Rochester. He is the co-translator of Vasily Shukshin, Stories from a Siberian Village (1996), the author of Prodigal Son: Vasilii Shukshin in Soviet Russian Culture (2000), and, since 1999, the editor of Russian Studies in Literature, a quarterly journal of translations of contemporary Russian literary criticism. He is currently completing a book on the image of Jesus Christ in Russian literature.

Dinah Holtzman
Dinah Holtzman is a Visiting Assistant Professor in the College of Liberal Arts' Department of Fine Arts. She teaches a variety of courses combining art history with media and cultural studies. Her research interests include contemporary art, psychoanalytic and critical race theory as well as the imbrications of celebrity, fandom, social media and tabloid culture.

Alex Miokovic
Alex Miokovic is an independent artist and scholar born in Buenos Aires, Argentina to Russian immigrant parents. For over twenty years, he taught Critical Theory and the History of Art in a studio art program at the Rochester Institute of Technology, including classes on 19th and 20th century Russian Art. Alex has also written for multiple publications (most recently, SPE's Exposure magazine, Spring 2012) and exhibited internationally. His writing in the popular press focuses on demythologizing art in a way that makes difficult philosophical concepts easier to understand. Alex lives with his wife and many cats in Rochester, NY. 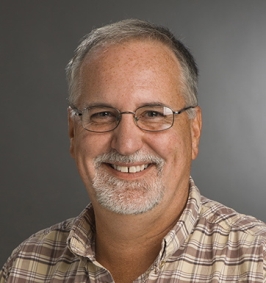 David Munnell is currently a Visiting Assistant Professor of Theatre in the College of Liberal Arts at RIT. He holds an MFA in Directing from Florida State University and has taught at CUNY Brooklyn, SUNY Fredonia, SUNY Geneseo, and the University of Minnesota-Guthrie Theatre BFA Actor Training Program. Though primarily a theatre generalist, Mr. Munnell, specializes in teaching acting, directing, text analysis, and theatre management. Professionally, Mr. Munnell has worked as an actor, director, writer, Artistic Director and producer in New York City, Florida, Minnesota and upstate New York. 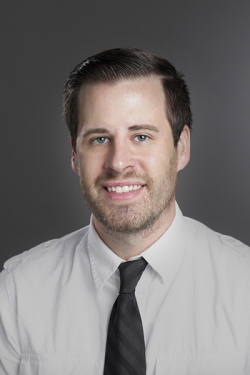 Michael Sarnowski earned his MFA in Creative Writing from Vanderbilt University, where he was a recipient of an Academy of American Poets Prize. His poetry has appeared in Potomac Review, The Adirondack Review, Memoir Journal, and Foundling Review, among others. He currently lives in Rochester, New York, where he is a Visiting Assistant Professor of English at the Rochester Institute of Technology. 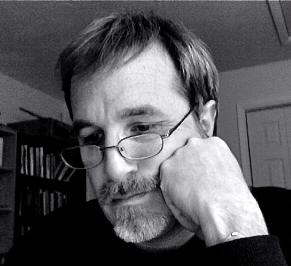 Brian Schroeder is Professor of Philosophy and Director of Religious Studies at Rochester Institute of Technology. His authored and edited books include Altared Ground: Levinas, History and Violence (1996); Pensare Ambientalista: Tra Filosofia e Ecologia (2000); Thinking Through the Death of God: A Critical Companion to Thomas J. J. Altizer (2004); Contemporary Italian Philosophy: Crossing the Borders of Ethics, Politics, and Religion (2007); Levinas and the Ancients (2008); Between Nihilism and Politics: The Hermeneutics of Gianni Vattimo (2010); and Japanese and Continental Philosophy: Conversations with the Kyoto School (2011). He is currently finishing a book titled Atonement of the Last God: Nothingness and the Absolute. 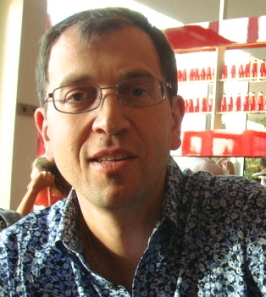 The bilingual author and scholar Maxim D. Shrayer was born in Moscow, in 1967, to a Jewish-Russian family, and spent nine years as a refusenik. He and his parents left the USSR and immigrated to the United States in 1987. Shrayer is Professor of Russian, English, and Jewish Studies at Boston College, where he co-founded the Jewish Studies Program. He has authored and edited over ten books of criticism, biography, non-fiction, fiction, poetry, and translation, among them the path-breaking critical studies The World of Nabokov's Stories and Russian Poet/Soviet Jew. He is the author of the acclaimed literary memoir Waiting for America: A Story of Emigration, which chronicles the experience of Soviet Jewish refugees in Austria and Italy, and of the collection Yom Kippur in Amsterdam. He has also edited and cotranslated three books of fiction by his father, David Shrayer-Petrov. Shrayer won a 2007 National Jewish Book Award for his two-volume Anthology of Jewish-Russian Literature, and in 2012 he received a Guggenheim Fellowship for his research on Jewish- Russian poets bearing witness to the Shoah. Shrayer's new books, I Saw It: Ilya Selvinsky and the Legacy of Bearing Witness to the Shoah and Leaving Russia: A Jewish Story, are forthcoming in 2013. He lives in Brookline, Massachusetts with his wife and their two daughters. For more information, visit www.shrayer.com

Browse the contents of Author Bios: